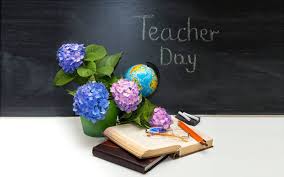 In many countries, Teachers’ Day is a special day for the appreciation of teachers, and may include celebrations to honor them for their special contributions in a particular field area, or the community in general. The date on which Teachers’ Day is celebrated varies from country to country. Teachers’ days in different countries are distinct from World Teachers’ Day, which is celebrated on 5 October.

The idea of celebrating Teachers’ Day took root in many countries during the 20th century; in most cases, they celebrate a local educator or an important milestone in education (for example, Argentina has commemorated Domingo Faustino Sarmiento‘s death on 11 September since 1915, while India has celebrated the birthday of Dr. Sarvepalli Radhakrishnan (5 September) since 1962, although Hindus, Jains and Buddhists have been honouring teachers by celebrating Guru Purnima for centuries. This is the primary reason why countries celebrate this day on different dates, unlike many other International Days. 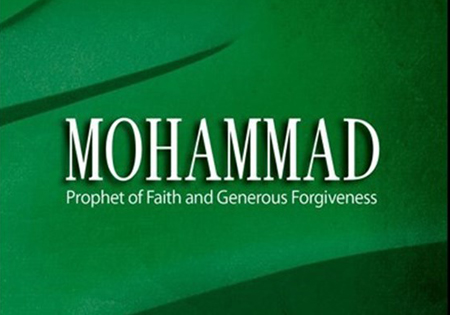 “Certainly (the Almighty) has conferred a benefit upon the faithful when he appointed among them a prophet from themselves, reciting to them His verses and purifying them, and teaching them the Book and the wisdom, although they were surely in manifest error before that.” (The holy Quran, The Family of Imran, verse 164)

Indeed! Prophet Muhammad (PBUH) was appointed to recite the divine verses to the people, to teach them the Book and wisdom, and to rescue them from being mislead like their ancestors. However, not all people responded to his invitation equally:

– A group of people responded very harshly to his call for invitation. They set up wars with him and thus, devoted themselves to permanent chastisement.

– Another group pretended to accept his invitation. Through their false belief, they benefited from the advantages of the Islamic law. This was the group of hypocrites whom had not truly believed in his message, and therefore, they devoted themselves to permanent chastisement.

– A third group believed in his prophetic mission both inwardly with all their hearts and outwardly, but they constantly committed sins. For these there is hope that they will be forgiven by the almighty Allah’s compassion.

– A fourth group accepted the Prophet’s invitation both inwardly and outwardly. They also, however pioneered others in performing righteous deeds and increased their deeds everyday. These are the ones whom the Almighty Allah has given glad tidings to forgive and to place in the heaven, far from any affliction or chastisement, and to replace their sins with multiplied good deeds.

– A fifth group also purified their souls from inadmissible morals and embellished it with good morals. They strived to draw near to the almighty Allah in this way, and He accepted them and elevated their position.

– Some others also achieved pure monotheism by recollection (Dhikr, remembering the almighty Allah all the time), spiritual struggle (with carnal soul), and contemplation-purifying their hearts and souls from everything except the almighty Allah. They went through the way of loving the Allah to the extent that they sacrificed everything except Him for His love. They were enamored of meeting Him, so He accepted them and brought them near, removed the veils from their eyes and showed them His beauty, so that they could see Him not with their eyes, but with their hearts; He placed them besides Prophet Muhammad (PBUH) and His family; they are the preceding ones (Sabiqun), the saints (Moqarraboun), the companions of Prophet Muhammad (PBUH), and the martyrs. What great companions they have!

Congratulations on  Birthday of Imam Ali and Happy Father’s day….

Now that the new year’s holidays are over, along with the seasonal germinating mood, let us experiment a new germination, towards new frontiers of science. Let it be our new year’s resolution